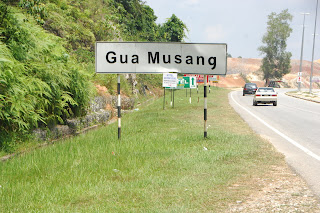 Then a reporter with TheSun newspaper, I was there to cover the last major action, a showdown actually between Tengku Razaleigh Hamzah, president of Parti Melayu Semangat 46 and Husein Ahmad, Umno Information Chief for the Gua Musang parliamentary by-election.

Helluva fight it was between these two political bigwigs, former comrades-in-arms and "Battle Royale" between two Kelantanese veteran Umno men, well, at least then it was one former and the other current.

Dubbed as "Ku Li versus Husein Serama aka Ayah Sein" by many in the 11-day slugfest which took us reporters into the interior of Southern Kelantan with the Orang Asli communities being the decider of the outcome.

Ku Li held on to the parliamentary seat and the defeat sent Husein Serama into early political retirement. He was then the Kesedar Chairman, an agency now under the Ministry of Rural and Regional Development.

Many things have changed since then, chief of them were the positions these politicians assumed now.

Currently another political battle is evident during the on-going by-election of the state seat Galas, one of the three in the vast Gua Musang parliamentary constituency. The incumbent, a Pas representative passed away which paved the way for this by-election.

I was there a fortnight ago with my crew and discovered that the Gua Musang now was not the same sleepy hollow I visited in 1995. It seems that series of serious development have taken place with many budget hotels, eateries and petrol stations mushrooming all over this area.

This is another battle which the Barisan Nasional, Umno actually, cannot lose out.

With the right candidate and the appropriate strategy, they should.

The by-election post-mortem revealed that among the reasons of the defeat was that Umno's machinery was not united to face Semangat 46 with split in the ranks of Kelantanese politicians.

Hopefully they have pulled their act together this time around and in time for the onslaught.

They should, for Ku Li is on their side now...

PRACTICAL BUDGET, GOOD NEWS FOR THE HAVES-NOT AND ENLIGHTENS THE KAMPUNG FOLKS...

I followed the 2011 Budget in the car on my way to the Parliament House today, partly in the car and the other part in the lobby of the august chamber.

Some may say its an election budget but for a layman like me and my Pak Long in Jenun, Kedah who is a chairman of the village security and development committee its a practical budget by a prihatin Government to help some kampung folks, well may not be all of them, to brace for the hard times.

These village security and development committee chairmen including my uncle have their monthly allowance which is paltry in today's economy and hardly a 5-man buffet dinner in some 5-star hotel, increased 100 percent.

One of the hallmarks of the announcement was that the poor and hardcore poor, most of them are away and outside the mainstream of development have their well-being at the top of the mind of Prime Minister Najib Tun Razak, himself a Dewan Rakyat representative of a rural constituency.

There are many other good news to some us across the board. Cheers!!

For the more than a million Government servants, an RM500 assistance will be in our bank account by end of the year, fell short of what what was expected of a month's bonus. Perhaps a bonus is a bane to the Putrajaya Administration but then again, half of a K is good enough and I shall "Terima Kasih Boss!" and "Alhamdulillah, Syukur Nikmat Allah SWBT".

And the many thousands pensioners will also get their share of the financial assistance. That means my sister and her husband who have left the armed forces years ago. 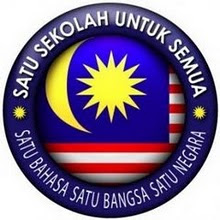 It has to start somewhere...whatever you want to call it -- Bangsa Malaysia or 1Malaysia. These concepts or again whateva they are named have to originate from something, somewhere or elsewhere.

Shall we say that Bangsa Malaysia which may take a lifetime to be achieved and accomplished or attained, has to modestly start from a nucleus, and in this context our primary nursery to nurture future Malaysians and mould them into a cohesive race which we now called Bangsa Malaysia.

The primary nursery should be our school, hence 1school, and taking Prime Minister Najib Tun Razak's 1Malaysia concept, it could never be so apt as to consider that 1school for all is a good start.

And that 1school should be Sekolah Kebangsaan, period.

Having said that, utarawan supports 1Sekolah Untuk Semua (SSS) campaign, for it is the prelude, preamble and prerequisite to either Bangsa Malaysia or 1Malaysia.