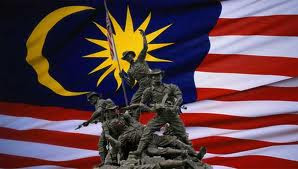 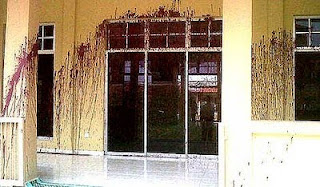 Had an interesting and animated chat with a contemporary recently over the skills of communication in our daily lives which we both agreed that not everybody is on everyone’s wave length.

Firstly, on our choice of words.

Most of us seemed misguided when it comes to using hard words in our conversation, perhaps in meetings, casual chat or tele-conversation or even cakap-cakap over a teh tarik and roti canai.

A good example is post-mortem, which in Latin means after death. It means a condition of a person who is declared to have been deceased, or ceased to be alive.

The opposite of post-mortem is ante-mortem.

However, in a meeting recently the description post-mortem was used to describe an event which the chairperson said was successful and the best ever organized thus far.

A post-mortem for an event adjudged successful and ok, really?

How ironic and misguided the audience were, and since most of those attending the meeting were not English-speaking folks, then the words post-mortem were freely used without any compunction.

A person pointed out the obvious but the non English-speaking crowd was not perturbed, even went on using the term endlessly throughout the meeting and of course with the usual interperssing an English word or words in a Malay sentences which is a norm.

Perhaps folks were not so illiterate with hard words in English.

This being the reason Americans describing it as autopsy when cutting up a corpse and filing a report rather than using the term post-mortem, which are about the same.

So, the correct term is post-event analysis, rather than post-mortem.

The other usual faux pass is “couldn’t care less”.

What we really meant was “could not be bothered” but the favourite is always “I couldn’t care less”. Please do check what "I couldn't care less" really meant.

We should have said "I could not be bothered" or simply "I don't care", rather than embarassing ourselves with incorrect terms and wanting to show that we too understand and profess English as our second language.

There are many other words misused and abused to this effect.

Examples of which are "modus-opperandi" and "press conference" which they do not know the difference between the former and news conference. Sometimes the term media conference had also come into play.

As a long time reporter with three news organisation and a communication person now, the most correct term is "news conference" to describe a conference to discuss (read question and answer) about the news of the day" which many like to call it press conference or pc in short.

A news conference is a must-happened item in an event, such as visit by a minister, other vip or as news breaks out in appropriate porpotion.

A media conference is a conference of media people to discuss matters regarding the industry and in today's context, the term media opens up to a broad perspective -- from the media buyer to media owner.

A press conference is a meeting of the press people, namely the folks running press organisations such as the newspapers, magazines and newsletters which includes in-house publications.

My post here is to alert folks on the usual mistakes in our daily communication, especially conversation.

If I have crossed the line, then I shall say Mea Culpa.